A bullet transformed him from bad-ass Marine to peace activist. 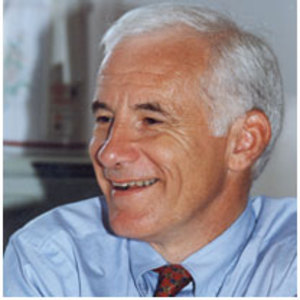 When he was a young soldier fighting in the Vietnam War, says Bobby Muller, he was well on his way to becoming “an asshole, an arrogant, bad-ass Marine.” Instead, at the age of 23, he was shot through the chest in battle and paralyzed.

On that day in 1969, Muller was sure he was not coming back. “This is key: I absolutely experienced dying,” he says. “My last thoughts were, ‘I’m gonna die. On this shitty piece of ground. I don’t fucking believe it!’ The aloneness of it, the finality of it, the irreversibility of it, I absolutely, completely got it.”

He woke up on a hospital ship, shocked to be alive. The bad news that he would be paralyzed did not faze him; nor did the entreaties of a hospital psychologist to “cry to mourn the loss” of half his body. “I said to her, ‘Why do I gotta cry? I’m ecstatic that I’m here, because I shouldn’t be here! I got dealt back into the game!’”

Like other Vietnam vets who felt betrayed by their country, he says he was angry, depressed and confrontational in the years following his return from the war, and on a “trajectory to die.” So why did he achieve great things while others got lost in alcohol and drugs?

Muller insists he is different only in circumstances and luck—family, education, social support, the love of a woman. But in person, he radiates righteousness and force of will, and his single-minded focus on the larger significance of what he’s doing becomes obvious. He says the key to thriving after trauma is in truly confronting mortality. “Once you realize your life is a flickering flame, you become desperate to find meaning and tie into something bigger and more profound. That’s about doing good, that’s about love, that’s about service in the fellowship of man.”

'"This is key: I absolutely experienced dying," he says. "My last thoughts were, 'I'm gonna die. On this shitty piece of ground. I don't fucking believe it!"'
CONTACT ME