For a beautiful day in your mental neighborhood, steal some tips from sports psychology. 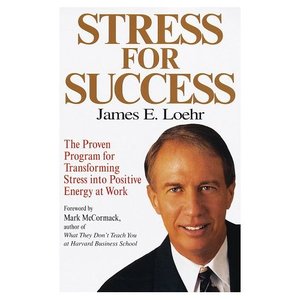 Legendary sports psychologist Jim Loehr has trained some of the world's greatest athletes, including tennis stars Andre Agassi and Martina Navratilova, and guided them to championships. But his ideal high achiever is . . . the late Fred Rogers.

Mr. Rogers, Loehr said, personifies his philosophy of "full engagement," his prescription for aligning mind, body and spirit in the pursuit of excellence and change.

"Fred Rogers understood that the greatest gift he could give kids was his unconditional, best energy every single time he met with them," Loehr said to a chuckling audience at the Psychotherapy Networker symposium.

But perhaps the group shouldn't have been surprised. At a conference full of colorful, eccentric characters, Loehr -- tall, athletic, dressed in black and quietly self-possessed -- stood out in his Mr. Rogers-like dullness.

For instance, Loehr explained how, to become a more fully engaged father and son in his own life, he adopted wisdoms gleaned in 30 years of training elite athletes for competition. The formula is built on unexpectedly mundane elements: an early-to-bed, early-to- rise schedule, nibbling on stashes of healthy food every 90 minutes, and conserving energy for the important stuff.

In sports, Loehr said, firing up an elite athlete requires more than cheerleading or lengthy, body-numbing workouts. There is a "pathway from the ordinary to the extraordinary," he said, that requires a deep sense of purpose, diligent energy management and ritualized activity.

These lessons became the foundation for the bestselling book he co-authored, "The Power of Full Engagement" (Free Press, 2003). In recent years Loehr has tried applying his principles of change to clients pursuing excellence in medicine, business, law enforcement and everyday life.

So how might the rest of us harness the quiet, focused energy of Mr. Rogers -- or the intensity of Andre Agassi -- in our own lives?

Embrace stress. That may seem counterintuitive, but Loehr said that "storms" of stress are necessary catalysts for change. It was one such storm -- consecutive humiliating losses after the death of his sister -- that motivated Olympic speed skater Dan Jansen to retrain and win the gold medal in 1994. When you connect with your stress, you're better able to identify its roots and determine what needs to be changed.

Identify values and beliefs. Who are you without job or money? What would you like to be remembered for? Rank your top five values, and ask yourself how you could live those values more fully. Now, for the tricky but important part, link those values to the changes you want to make. This connection will infuse you with a deeper sense of purpose, making the changes more likely to stick.

Build positive rituals. Living with rituals will not make you joyless and mechanistic, Loehr said. Instead they will bring harmony to chaos and help you weather the inevitable storm. Create precise rituals that feed the changes you wish to make. Start simple: If you are focused on your health, for instance, you can begin by ensuring you don't skip meals. Create an environment that supports your rituals: Keep a supply of healthy foods in your home, at the office and with you on the road. And be patient: It takes 30 to 60 days for rituals to become habit.

Become an oscillatory creature. The human system turns on and off in any number of rest-stress cycles in the course of the day -- if you let it. To build strengths -- both the literal kind and figurative ones like character or patience -- your system must be intermittently exposed to stress, and then allowed to rest and repair. Energy expenditure must be followed by energy recovery. Loehr calls this pattern strategic disengagement, and it is a valuable tool in athletic training and competition. Some of the most successful pro tennis players take the 20 seconds between points to decompress and regroup before marshaling energy for the next challenge, Loehr said.

Manage energy, not time. Years of work taught Loehr that it was not the investment of time on the court that distinguished the great tennis players from the good, but the level of spiritual, emotional, mental and physical energies brought to that time. Ask yourself who, or what, you are investing your energy in at any given moment; this will remind you of the path you are on and whether you will be happy with the outcome if you stay with it.

In Mr. Rogers's neighborhood, the bad world is left outside, while familiar routines and quiet intensity are honored in pursuit of positive growth. It's pretty much that way in Mr. Loehr's neighborhood, too.

And you thought the cardigan and sneakers were just to get comfortable.

"It is not the investment of time on the court that distinguished the great tennis players from the good, but the level of spiritual, emotional, mental and physical energies brought to that time."
CONTACT ME