SUBJECT PERIODICALS
On Beyond Worry

Every child worries. For some, it becomes an anxiety disorder. Where do you draw the line? 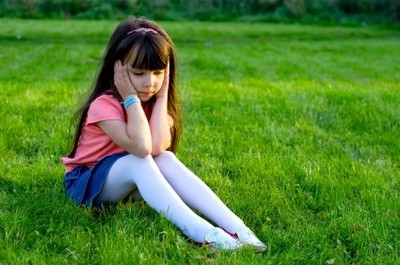 Most problems with childhood anxiety tend to be transient.

All kids worry. But about 13 percent of those between the ages of 9 and 17 experience worry serious enough to rise to the level of anxiety disorder, according to a report from the U.S. Surgeon General's office. It's the most common mental illness among American children.

Daniel Pine is chief of child and adolescent research at the National Institute of Mental Health (NIMH). He's also the 40-year- old dad of three children and the coach of his 10-year-old son's baseball team. Originally trained as a pediatrician, he became a child psychiatrist and now treats children and conducts research in the institute's Mood and Anxiety Disorders Program.

Pine spoke about childhood anxiety -- and kids' amazing capacity to heal -- from his homey, wood-paneled office on the campus of the National Institutes of Health in Bethesda.

There are two key things to recognize: The first is that anxiety disorders are characterized by a problem in the manifestation of fear-related behaviors. The second is that the magnitude or nature of that fear has to be enough that it interferes with the ability of a kid to do something that he might otherwise want to do.

But even within the term "anxiety disorder," aren't there a variety of conditions?

Anxiety presents in many different flavors. Children can have separation anxiety, which is an extreme fear of being separated from your parent because you think something harmful might happen to them.

There is generalized anxiety disorder, which is a pattern of recurrent and pervasive worries.

There are other conditions like obsessive-compulsive disorder, a pattern of recurrent irrational thoughts or behaviors; post- traumatic stress disorder; and panic disorder.

Aren't some of these things normal at various stages of a child's life?

Yes, the criteria for what is abnormal depends on where the child is in time. Social anxiety might be expected in adolescents. Separation anxiety is normal in a 2-year-old. With obsessive behavior, development is a crucial variable. There is a normal pattern of obsessive rituals all children will go through.

The important thing to know is that symptoms of anxiety are very common. More important than what label to put on a problem is asking whether the symptom is interfering with your child's functioning.

How can a parent tell when to push a child who may simply have the jitters, and when to back off because there is a real mental health problem?

Psychiatry is still searching for gold-standard measures [for mental illnesses] that are based directly in indices of the brain. We don't have those yet. So for kids on the border between having a problem and not having a problem with anxiety, it's very hard to find a satisfactory answer in some situations.

When I talk with parents, they usually have a good understanding of the [degree of] impairment [the child faces]. Kids are not great at telling us how their problem evolved. In many situations, it's very helpful to have an evaluation by a mental health professional who is experienced in seeing a lot of kids, with a lot of different problems. They can place a kid's behavior in a broader context.

That's really what parents want to know. Because before getting a child evaluated, they have to decide that the problem is serious enough to go through the steps -- and the difficulty, really -- of finding a mental health professional to treat the child.

I think that is a really big problem. But the threshold of having an evaluation has become incredibly high, partly because of the stigma that can come from labeling children and their problems, and the lack of adequately trained professionals. There's really not a good system in place at the national level for dealing with mental health issues in kids.

Parents should have a relatively low threshold for having their child evaluated, even for subtle problems or when parents are not sure if a problem is present. Talk to the pediatrician first. Or come to the NIMH clinic.

Could the evaluation itself create a problem by making the child feel bad, that there is something wrong with him?

People appropriately struggle with keeping treatment private. On the one hand, there's part of the field that says mental illness is a medical condition and we should think and talk about it as a medical condition. But even in enlightened areas like New York or Washington, mental illness is often not treated like a medical condition. I have no doubt kids are teased or parents talk about kids who have been evaluated, so it is an issue.
But I cannot think of a situation where a kid has had an evaluation [who] has not needed it. I think that not getting access when it's needed, or having kids' problems go unrecognized, undiagnosed and untreated is a far more common problem than getting evaluations that cause stigma.

What's involved in an evaluation?

Usually there are standardized ratings forms to fill out by parents, kids and, when appropriate, teachers. There's usually a series of visits with a mental health professional -- it can be a psychologist, social worker, behavioral pediatrician, psychiatrist. That usually consists of a visit with the parent alone, the child alone and then the parent and child together. So you're talking a total of four to six hours to get a good sense about whether a problem is present and whether to go forward with treatment.

What treatments are available?

Two treatments have been shown to work: selective serotonin reuptake inhibitors, or SSRI medications, and cognitive behavioral therapy, or CBT.

CBT is a rigorous treatment. The child has to be willing to engage in exercises that involve being confronted with the thing they are afraid of. Some kids simply will not do that.

SSRIs have been very effective in treating anxiety disorders, but their use in children is still controversial, and there is a need for more data on their safety.

For mild but impairing anxiety, I'd send my child to a cognitive behavioral therapist. If there was no response to CBT, I'd have no problem with having them treated with an SSRI.

If a child takes SSRI medication and gets better, how long should the medication continue?

That's one of the most common questions I get asked. It led me to spend a lot of time reviewing the literature and writing an article published last fall in Journal of Child and Adolescent Psychopharmacology. There's not enough data to give a definitive answer. Research suggests that for children who are treated with SSRIs and have a remission of their symptoms, parents and clinicians should consider a medication-free period between six months and one year, and evaluate. The timing should correspond to a low-stress period. For some kids, summers are great.

Can children simply grow out of anxiety disorders?

A large proportion of kids who have impairing anxiety disorders will have transient problems that within one to five years will not be detectable. When I was at Columbia University, I was part of a research team that followed 680 kids for nine years. We found that two-thirds of the time, an anxiety disorder in childhood will be transient. That's reassuring.

On the other hand, we need to be careful not to minimize the degree of suffering kids can have with severe anxiety. Just because a disorder may no longer be present in four years doesn't necessarily mean we shouldn't work very hard to treat it.

Do you think we have trouble accepting that children can suffer from a "real" mental illness?

Without a question. There's a long history of tremendous skepticism concerning the degree to which children could manifest mental health problems. Forty or 50 years ago, there was little talk about any childhood mental illness whatsoever. Around the mid-1970s through the '80s, there was a great deal of attention on behavior problems and attention-deficit hyperactivity disorder, and a gradual acceptance that disruptive behavior disorders were real entities in kids and worthy of diagnosis.

Have you had a successful case whose outcome illustrates the importance of diagnosing and treating anxious kids?

When we were doing a study looking at medical treatment for anxiety disorders, there was a little boy who had an extreme form of social anxiety disorder. He could not talk to anybody, and he did not talk to me. I'd see him every week with his mother. When I'd pass him in the hall, I'd say, "Hi" -- he never said a word to me.

Then about a month into the study -- it was a placebo-controlled study, so I didn't know then if he was taking [SSRI] medication or not -- I passed him in the hall and said "Hi" again. He didn't say anything, but when I got down the hall, I heard him yell, "Hi, Dr. Pine."

It was incredible. He was a dramatically changed kid. He had been processing everything going on around him, but was so terror- stricken that he would say something humiliating that he couldn't interact socially. He was a wonderful little boy who had been sitting there all alone in the pain of his isolation. And then there was this awakening.

It was also a great moment because it showed how much better kids could get on medication, and it showed that anxiety disorders are real. The study was published in the April 26, 2001, issue of New England Journal of Medicine.

Why were you drawn specifically to study anxiety in children?

I always wanted to work with kids. I worked as a camp counselor for many years. It was one of the high points of my life -- it's where I met my wife! And it organized a lot of my experiences and thoughts about children and growing up.

When I got to medical school I was constantly thinking: What do American kids need today? What are we not taking care of? And [pediatric mental health] hit me like a bolt of lightning.

It is dramatic when you look at children's mental health, and the major contribution it has on morbidity and mortality between the ages of 5 and 20. It is among the most important public health issues in children.

I think -- only semi-jokingly -- that the only other job I could imagine being remotely as satisfied and happy doing would be playing center field for the Cubs.

"The threshold of having an evaluation has become incredibly high. There's not a good system in place at the national level for dealing with mental health issues in kids, says Dr. Daniel Pine."
CONTACT ME